When Ryan Frederick asked his parents what career path he should follow, they had a very simple answer:

And that’s exactly what Ryan did. Despite less than superb report cards throughout his high school years, Ryan made it to Columbus, Ohio from Upstate New York to attend DeVry University. Soon, he was able to land his first job at a leading tech company, and eventually moved on to become a successful serial entrepreneur. One of his career ventures, AWH, is a 21-year-old software development firm that has been established in the Central Ohio community as a leader in its field. Ryan tells cbuzz host, Dan Swartwout, that he enjoys the fact that the business of AWH is all about solving people’s problems. This principle certainly carries throughout Frederick’s life as well. Not only is he a serial entrepreneur, but also serially involved in different organizations.

“I wake up in cold sweats like, ‘God, I should stop doing something!’” Ryan jokingly says to Dan as they dive into his ventures: Director for Startup Grind Columbus, Advisor at Rev1Ventures, Co-founder of < BLK HACK >, Advocate for i.c. stars |* to name a few.

The common theme among his many community involvements is helping entrepreneurs along the daring path of starting a business. Ryan’s passion for solving people’s problems, sharing his knowledge and expertise in order to “provide value to others, and the community at large,” along with his exceedingly good humor and wit shines through in this episode of cbuzz. Tune into this latest podcast to hear more about Ryan Frederick and his amazing story of entrepreneurship. 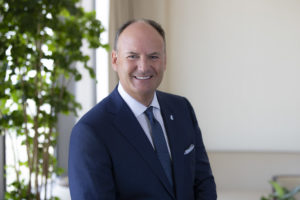