(Aug. 24, 2021) — Homeport President & CEO Bruce Luecke has announced his retirement after leading Central Ohio’s largest locally based and focused affordable housing organization for more than five and one-half years. Luecke will remain through Dec. 31, 2021. A search has begun for his successor.

“It has been a privilege to lead the talented team at Homeport and also work with my fellow leaders in housing and social service organizations in Central Ohio,” said Luecke, 65. “While the time is now right for my transition, it is certainly not time for the community to take its foot off the gas. There is still too much yet to achieve.”

A former banking executive, Luecke was immediate past chair of Homeport’s Board of Directors when he stepped into the role of interim President & CEO in late 2015.

Under Luecke’s leadership, Homeport developed a focused strategic plan to close the affordable housing gap facing the region, strengthened its commitment to the stability of its residents and their futures, invested in staff development and boosted the financial strength of the organization.

Homeport Board of Directors Chair Mark Pringle described Luecke’s impact as across the board and impactful.

“Bruce has given Homeport outstanding leadership and accomplishment since he stepped into the role,” Pringle said. “We on the Board and Bruce’s colleagues associated with Homeport will miss his inspiration, strategic vision and his passion for the reason why Homeport is in existence.

“Since Bruce has stepped into the role as President & CEO, we have affirmed our commitment to our mission, expanded our reach to help many more families, sharpened our strategies and planning and enhanced community relationships.”

In September 2016 the Board approved Luecke’s shift from interim to permanent CEO. The following year The Columbus Foundation awarded Homeport a “Top 5 Non-Profits to Watch” designation. By 2019, NeighborWorks America had assigned Homeport “exemplary” status, its highest ranking for financial strength and stability.

Homeport’s strategic priority of “laser focus on its residents” created the foundation for Homeport to address resident needs during the Coronavirus pandemic. As jobs were lost and schools closed, Homeport provided record-breaking eviction prevention funds and food and opened its community centers for learning.

Homeport also dramatically grew registration in its homebuyer education classes during the pandemic when it switched from in-person to on-line participation.

Luecke has carried the mantle of the organization and affordable housing in public gatherings and media. He has served on the boards of other organizations working to address housing shortfalls, most notably the Affordable Housing Alliance of Central Ohio and the Building Industry Association of Central Ohio. Other board responsibilities included The Human Services Chamber of Franklin County, The Ohio Housing Council and the Central Ohio Advisory Board for the Federal Reserve Bank of Cleveland.

Under his leadership, the organization advanced its senior and family apartment footprint in the suburbs, from Whitehall, to Grove City to Reynoldsburg, while continuing Homeport’s historical commitment to revitalizing older neighborhoods such as Milo-Grogan, Linden and The Hilltop.

Executive search firm BeecherHill has been contracted to assist Homeport’s Board of Directors in finding Luecke’s successor. 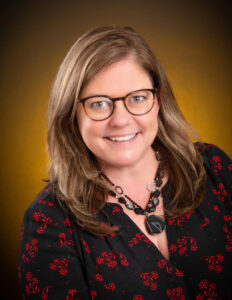